With the bracelets, I had used up nearly all the pretty front part of my old, beloved tshirt. For some time, I kept wondering what I should do with all the fabric of the back part which was left over … and here’s what I did: 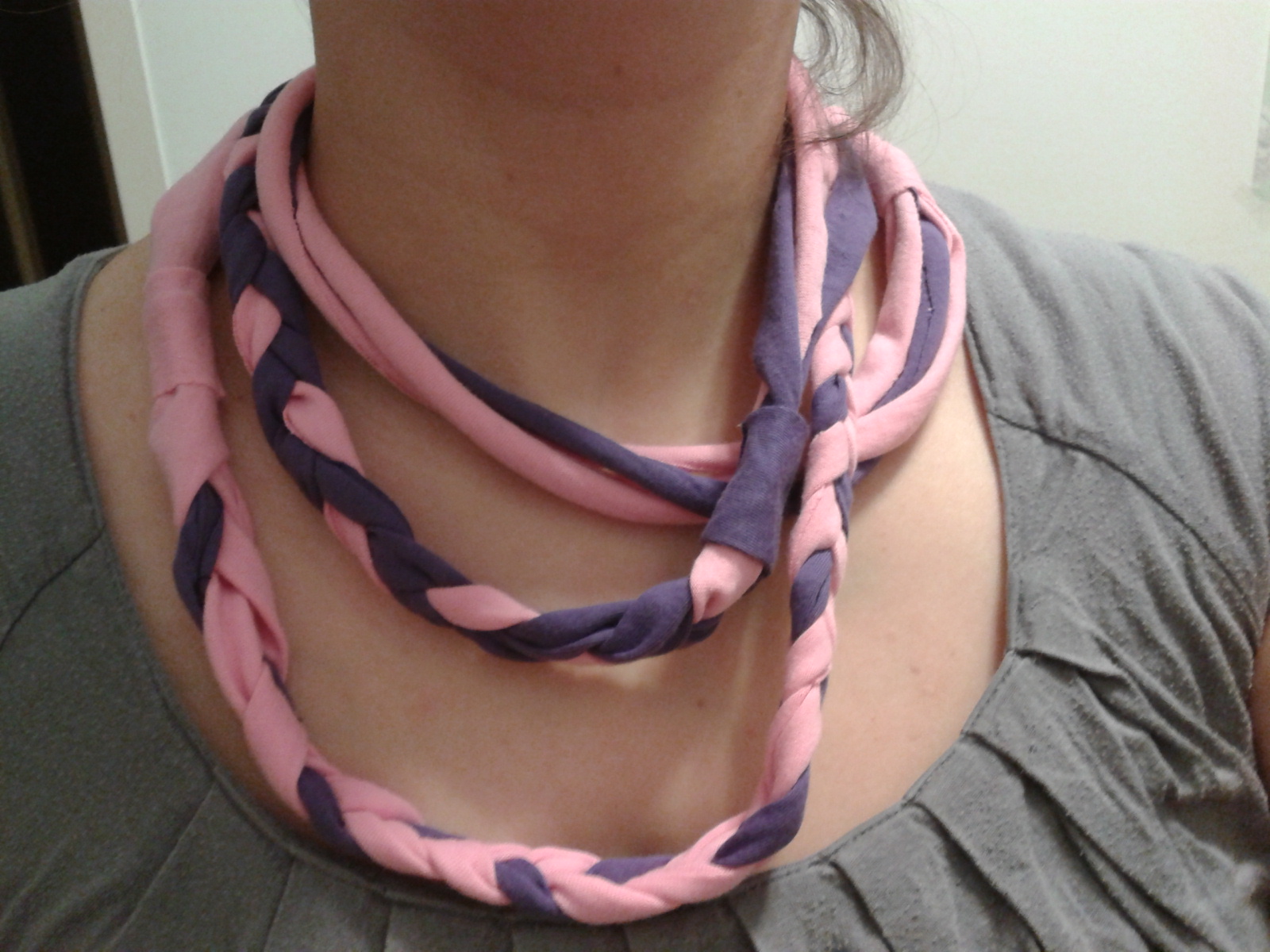 It’s not quite a tshirt scarf, as I only used 3 strands of fabric (I didn’t have more of the purple, and did not want the pink to take over the whole thing), so it’s more a necklace. But yay, I did it!

The first person to receive their gift was Tanja, a friend from University. She got to choose one of the two bracelets I made last time and enjoyed it big time 🙂

I’m not sure if I’ll give away this necklace/scarf, or if I’ll make another one to make a gift.

One of the things I’ll use for the PIF for SURE are fabric bracelets. The original idea I found on the internet was to use waterbottles, and lots of duct tape to make the ring stable and then wrap fabric around and fix it with a glue gun. I really don’t like the idea of using loads of tape just to make a bracelet, so I decided to use a certain kind of chips wrapper (yeah, the tubes) instead. They are pretty stable on their own and have the perfect cirumference.

My first try took about 15 minutes, including tearing apart an old tshirt that I loved big time. Wearing it often, though, made it pretty used up under the arms, and with those stains, not even a 2nd hand shop could have used it. Of course, I did not take a picture of the original tshirt … sorry for that. 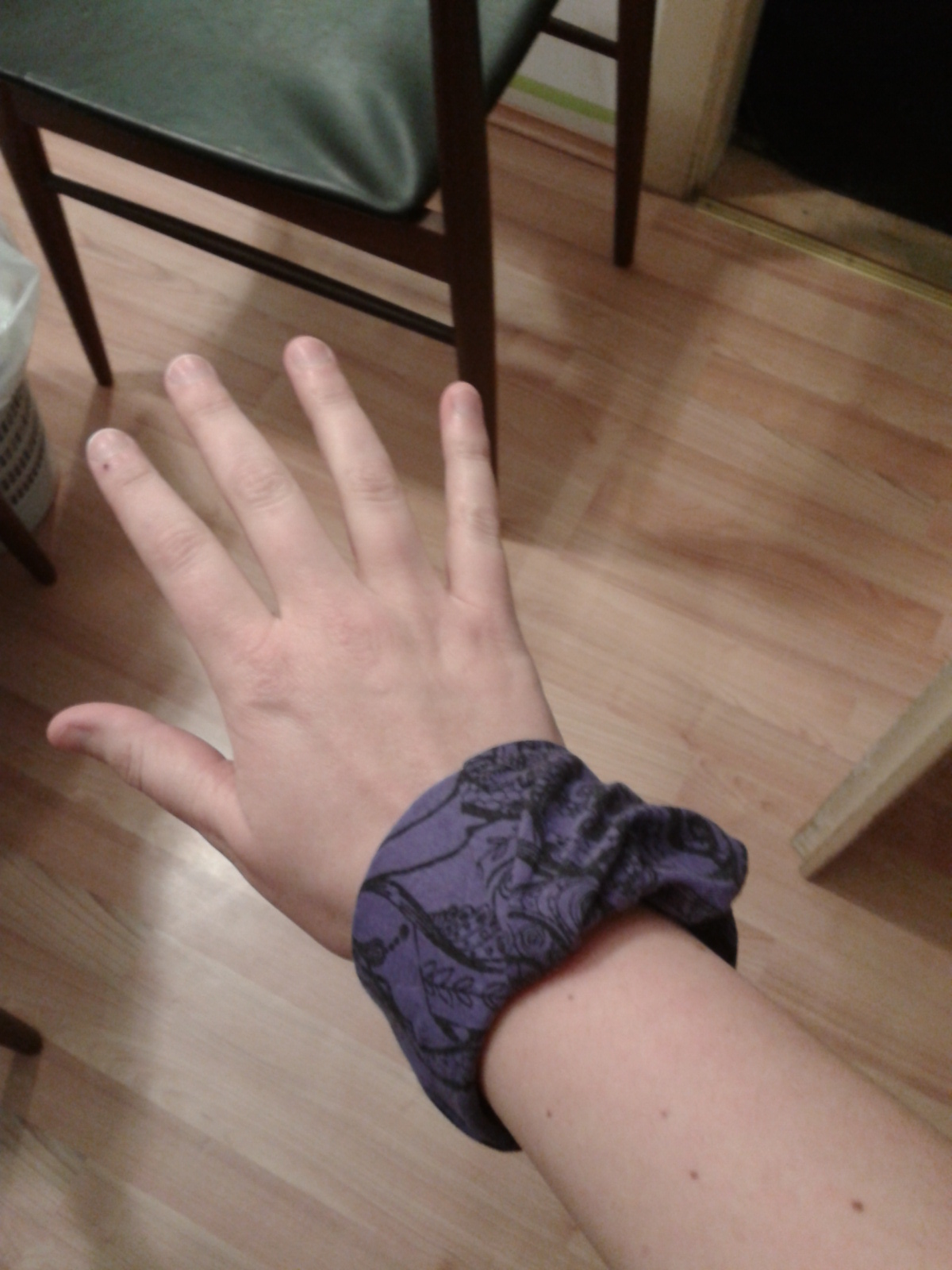 The folds and draping were not 100% intended, but I really like how it worked out 🙂

And only a little later, there were two of them: 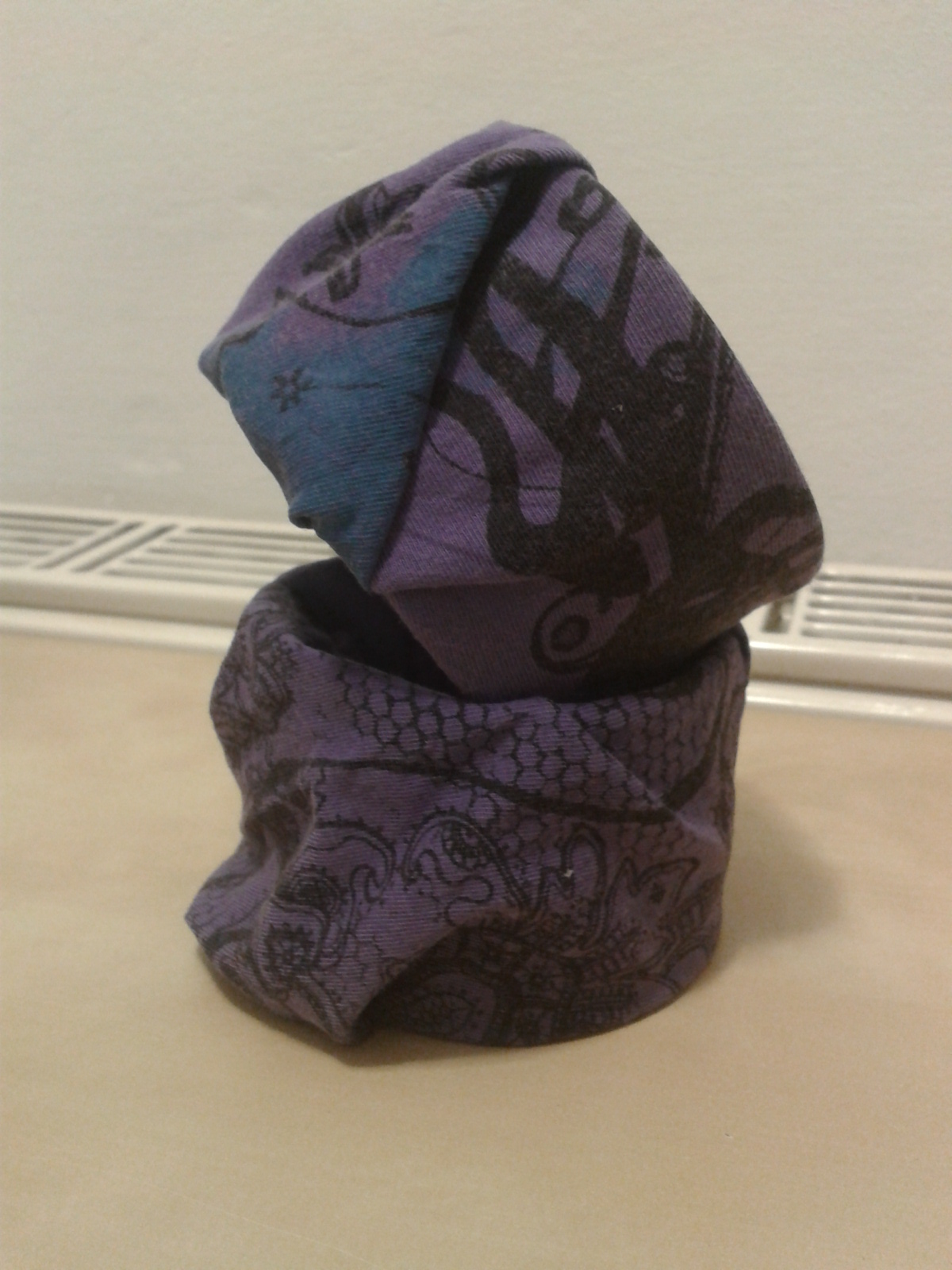 Some day, I guess around mid-January, this posting appeard on my facebook newsfeed:

I liked it on the second person’s page I saw it on, and posted it on my own. Four people actually liked it on my page, so now I’m kind of struggling with plans on what to do for them. My upcycling/craft skills are still pretty low, so it will have to be easy things.